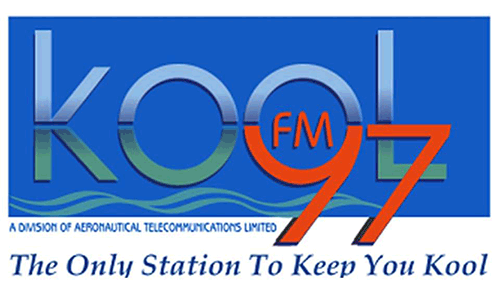 In 1999, Aeronautical Telecommunications Limited (AEROTEL) was granted a license to broadcast flight information which was conducted from its office in Montego Bay. Later permission was granted to operate a commercial radio station.

Under the terms of the license, Kool 97 FM focuses on music, with special features depicting aspects of Jamaica’s culture.

For the convenience of travellers, flight schedules are broadcast at the top of the hour. The station also broadcast news, sports, weather as well as relevant information pertaining to activities taking place at Jamaica’s International Airports.

Kool 97 FM has carved out a niche market in the Jamaican media landscape since hitting the airwaves in November 2001. We programme adult contemporary music, 45% of which is Reggae music. Our target audience consists primarily of persons who are 25 years and over. This group has diverse lifestyle preferences but finds consensus on one issue - Music that is melodic and familiar, the kind they grew up with and the kind that is missing across the stretch of Jamaican bandwidth.

With the recent addition of newscasts, Kool 97 FM has created a balance. Listeners are now served the best of music and news content. In addition, the station is continuing to develop music programmes and special features which cover a wide range of subject matters to appeal to advertisers and listeners. In keeping with the mandate of our Broadcast License, Kool 97FM continues to highlight activities in all sectors, including tourism, entertainment, government, business and aviation. Join the Kool Team as we venture into the mountains, participate in cultural activities, explore our island and uplift each other with positive motivational messages.

In addition, Kool 97 FM has a large online audience in North America and England who listen via our live stream.