Andrea Davis is the Conceptualizer and Founder of International Reggae Day

This year, the 76th anniversary of his birth, marks forty years since Bob Marley’s passing and yet he remains the King of Reggae, the face of Jamaica and one of the most revered artistes in the world.  It is not by chance that this artiste continues to set the bar for the success of Reggae in the world.  Robert Nesta Marley, Jamaican African Rastaman who changed the world through music.

The relevance of his catalogue with lyrics brimming with themes of love, self-consciousness, equal rights, justice as well as racism, colonialism, war, oppression and poverty, continues to be the soundtrack for global resistance and the struggle for peace. From the Anti-Apartheid and Liberation Movements of the 1970s-80s to the Black Lives Matter and Native American rights movements of today, Bob Marley’s music can be found in every corner of the planet teaching about Rastafari and one love to the people of the world.   His words of comfort, assurance and love have provided the world with hope during the unprecedented COVID 19 pandemic with Three Little Birds going viral online and in the streets.

Marley’s brilliant, timeless and universal song writing skills complimented by excellent musicianship, production and performance, has distinguished his works as among the best humanity has to offer from the 20-21st centuries.  According to Rolling Stone Magazine, “His songs were his memories; he had lived with the wretched, he had seen the downpressors and those whom they pressed down, he had been shot at.  It was his ability to describe all of this in palpable and authentic ways that sustains his body of music unlike any other we’ve ever known”… Marley sang about tyranny and anger, about brutality and apocalypse, in enticing tones, not dissonant ones.  Voted ‘Band of the Year’ by the magazine in 1976, Bob Marley & the Wailers has been recognized with numerous awards and accolades over the last 45 years since including BBC naming One Love “The Song of the Century’.

The Legend compilation sold an estimated 33 million copies since its 1984 release and averages 250,000 copies annually.  The album was the top selling Reggae album of 2020 according to Billboard Magazine holding the #1 spot for 47 weeks, was #3 on the Catalog Album Chart, #6 on the Vinyl Album Chart, #8 on the Top R&B Chart and #36 on the Top R&B/Hip Hop Album Chart.

Bob Marley’s legacy not only as an artist songwriter and musician, but also as an activist, cultural ambassador and spiritual teacher, is etched in the annals of global culture.  He has become an international symbol for Rastafari, love, freedom, equal rights and justice.  Marley spoke to the human condition in songs like One Love, first articulated by Pan Africanist and Jamaican national hero Marcus Garvey and embraced by Rastafari alongside works like Redemption Song, the last song he performed in Pittsburgh on September 22, 1981 -

The world accepted the invitation and has continued to sing his songs of freedom as his relevance can be felt worldwide today, aided in great part by his family’s smart collective management of his legacy assets including his story, image rights, recording masters and publishing rights.  The significant moments in his journey and the continued importance of his voice remain a draw for his global audience whose appetite is matched by the plethora of releases and branded merchandise available from audio speakers to skateboards.   Countless renditions and interpretations of his works by successive generations of Jamaican and international artistes who have been influenced by him, continue to populate the web with Bob Marley Day officially celebrated annually by fans worldwide on February 6.

‘Dem a go tired to see me face’ he predicted in one of his classic hits which ring true today, as not only is his face one of the most recognized in the world, from palaces and institutions to war zones and settlement camps, but the tree of his seed continues to branch and bear fruit.  Marley’s legacy continues through his talented children and grandchildren who have taken up the family business with the level of passion, discipline, creativity and purpose that was set by both Bob and Rita as the patriarch and matriarch of the family.

Marley‘s music continues to influence generation after generation of musicians and creatives from Damian’s recordings of Exodus, Pimper’s Paradise and other Marley classics, to the Chant Down Babylon remix album produced by Stephen Marley and featuring hip-hop and R&B artistes such as Busta Rhymes, Chuck D, Rakim, Lauryn Hill and Erykah Badu. Successive generations of artistes have echoed Marley’s consciousness for a new generation to ensure that his message will always be a part of contemporary music culture. Recent releases such as the Bob Marley 76th Survivor cypher featuring artists Tanya Stephens, Tifa, Agent Sasco and Kabaka Pyramid alongside Marley grandsons Skip and Jo Merca, are evidence of the contemporary fruits that continue to bear from the Marley musical tree. 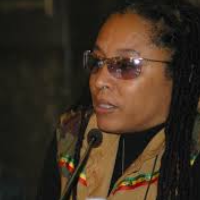 By Andrea Davis | The Conceptualizer and Founder of International Reggae Day