American girl groups with catchy monikers like the Ronettes, the Marvelettes, and the Bobbettes, influenced the naming of at least two popular local singing groups. One of the two, the Gaylettes, have already been featured in Notes in Jamaican Music, so the spotlight now falls on the other, the Soulettes.

Formed in the mid-sixties, the original Soulettes were Alpharita "Rita" Anderson, Constantine "Vision" Walker and Marlene "Precious" Gifford. Walker, a cousin of Anderson, had aspirations of becoming a singer, and he and Gifford often rehearsed duo numbers. Anderson too had such ambitions, and their collective dreams got a significant boost when on the recommendation of a friend, they auditioned for noted record producer Clement "Coxsone" Dodd. Dodd liked what he heard, and recorded a few now classic sides with the young vocalists.Earliest among them, and in the vein of the ruling music of the day- ska- were "Opportunity", and a cover of Dottie & Ray's "I Love You Baby". Both appeared in the top ten charts of local radio stations RJR & JBC. Dodd's knowledge of American Rhythm & Blues was vast, and had the group record a cover of the Penguins' hit from 1954, "Hey Senorita", and another Dottie & Ray song, "La La Lover". The fast paced ska was in transition, and had slowed significantly by 1966. The Soulettes were at ease with the change, and recorded their finest songs on this slower tempo. These include a "A Time To Turn" "A Deh Pon Dem" and "Friends and Lovers". These, among others, earned the trio a following at dances. The Soulettes were fine harmonizers, a quality recognized and utilized by Dodd for other singers within his Studio One stable, like Ken Boothe, Lee Perry, and the Wailers.

Their star was certainly on the rise, and show promoters came calling. They began appearing alongside established acts like Derrick Harriott, The Gaylads, Desmond Dekker, and the Mighty Sparrow, among others. The popular Cavaliers dance band also featured the trio for a while in 1965, where they worked alongside band vocalist Roy Panton. However, the group disbanded after three years, as Marlene Gifford yearned to start a family, and Constantine Walker left for the United States.

By 1968, Rita was also raising her own family, and was involved in the operations of husband Bob Marley's new enterprise, "Wail 'N' Soul M" Records, for which she recorded the rocksteady classic, "Play Play Play". But, she desired to perform for audiences again, and had sought two ladies to relaunch the Soulettes. In Patsy Edwards and Cecile Campbell, Rita found two vocalists already in the business. Patricia Edwards had recorded songs such as "Darling Remember", and "What Does It Take" with Alton Ellis. Cecile, sister of noted singer Cornel Campbell, also had records out, having added to Coxsone Dodd's catalog of songs with "Whisper To Me", "Breaking Up", and "Shimmering Star" among others. This edition of the Soulettes, by accounts, came together in January 1970 and was under the management of journalist G. Fitz Bartley, and had made numerous appearances. Lucien Chen's House of Chen in New Kingston, Merritone Disco's home base of Peyton Place in Stony Hill, and The Island Inn in St. Mary, are merely a few of the venues they had performed. Like the Gaylettes, the Soulettes were also inspired by American soul group the Sweet Inspirations, whose catalog they often drew from.

Reggae by this time was the "In" music, and was a significant part of their repertoire. It was a liberating music, as reggae, which developed a purely Jamaican sound, was for some musicians and singers, an unshackling of colonial indoctrination. There was something noticeably different about this edition of the Soulettes. No more were they patterning the hairdos and fashion of their American counterparts; the ladies now proudly embraced their blackness, their African roots, with natural hair and African garb, a bold statement for its time by singers in Jamaica.

Sometime between May and July 1971, Patsy Edwards left the group, and Nora Dean (of Barbwire fame) joined. With the inclusion of Dean, the Gleaner on July 4, 1970 declared "The (New) Soulettes, a Dynamic Vocal Act".The song "Let It Be" by the Beatles, which was released in early 1970, was popular in Jamaica, and became a feature for the Soulettes on stage. The favourable reception to their rendition prompted them to record it, a wise decision it was too. Their reggae version, done for Lee "Scratch" Perry, was making some noise away from home, so much so that it led to a successful four-month tour of Canada and the U.S.A. The lineup had changed for the tour, as Nora Dean unfortunately became ill, and was replaced by Hortense Lewis. Lewis had already been exposed to the music biz, having done background vocals on "I'm Sorry" and "Lonely Heartaches" by Peter Austin, of Clarendonians fame. Recordings increased for the Soulettes, such as "My Desire", and "I've Been Lonely", and Diana Ross and the Supremes' "Someday We'll Be Together" among others.

Show bookings increased too, as did the accolades; "My favorite number from them "Got to hold on to this Feeling" is the best coming from any group. Their harmony sends needle like actions in your body, like a romance approaching a blissful climax", this for a performance at the Sombrero Club reported on by The Gleaner on June 16, 1971. Another post-show review states; "The Sweet Soulettes group that never ceases to be exciting both in dress and musical offerings was next…with 'Precious Precious', 'To the Other Woman' and 'I Do Take You', which featured the very rich voice of Hortense Lewis", stated Julian Jingles writing for the Gleaner on March 5, 1971. "The Soulettes were on stage and as is fast becoming a custom, brought the house down with their performance" pronounced The Daily Gleaner on July 5, 1971. The appealing voices and effective showmanship of the Soulettes didn't go unnoticed by the Kaiser Bauxite Company. At its Awards function that acknowledged professional artistes on May 20, 1971, The Soulettes took home the award for the best Female singing group. The Sweet Soulettes, as they were often referred to, were riding high, and these creditable performances led to them being booked for a show with an international flavour, as they appeared at the Regal Theater on July 10, 1971 with one of Motown's finest groups, the Four Tops. Surely a gratifying moment for the trio.

In September of 1972, ace footballer Allan "skill" Cole had taken over as manager of the Soulettes and the Wailers, both being two of the island's most popular groups. They continued on throughout 1973, even entering the popular Festival song contest that year with an entry called "Rainbow Festival". Although it didn't win, Rita copped the award for the competition's "Best Singer". The lineup at this time may have changed, as there are accounts of Hortense Lewis migrating to New York in 1971. Sometime between mid-1973 and early 1974, the Soulettes disbanded. Rita had moved on to a new chapter in her career, as along with Judy Mowatt and Marcia Griffiths, they formed the I-Three. It is uncertain as to when, but Cecile Campbell also migrated. The Soulettes had more than held their own in local entertainment, and their place in the annals of Jamaican music history is assured. 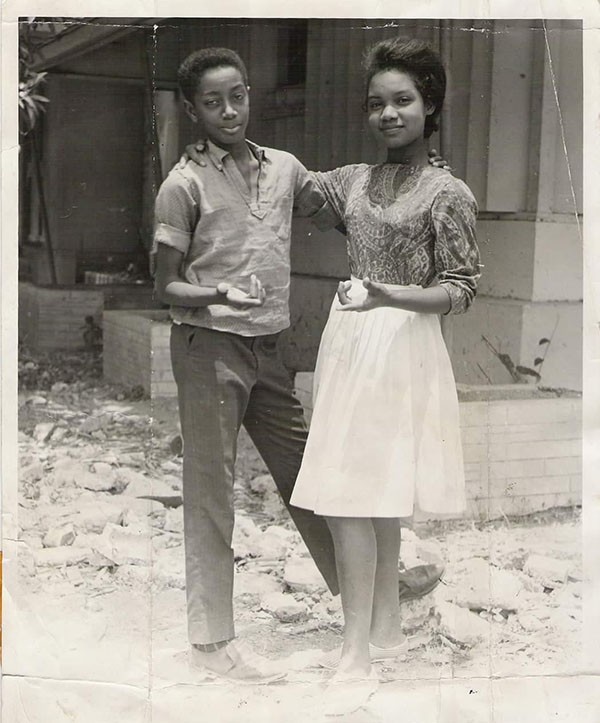 The Star July 5, 1970 "Soulettes Will Stay Together" by Julian Jingles

The Daily Gleaner May 28, 1971 "Kaiser Awards to Professional artistes"