Her exploits weren't going un-noticed, as a few notable players in entertainment came calling. Sound system operator and rising record producer, Clement "Coxsone" Dodd, recruited Hortense in 1961 for a few recordings. Her first three songs for Dodd (all in an R&B vein), were "Eddie My Love", "Loving Girl" and "All by Ourselves". On the latter, Dodd had paired her with his star singer, Lascelles Perkins. Another Dodd record featuring Hortense, which sold well, was "I'll Come Softly", an answer to Jimmy James' smash hit Come To Me Softly. Its flip featured a duet with brother Alton titled "I'm In Love", which was written by Hortense. For producer Duke Reid she recorded a fine cover of Margie Day's melancholy ballad "Midnight", and "Don't Gamble with Love", the latter being a duet with brother Alton. There were songs for Cecil "Prince Buster" Campbell too, such as "Now and Forever More", and a duet with Wilburn "Stranger" Cole entitled "True Love". 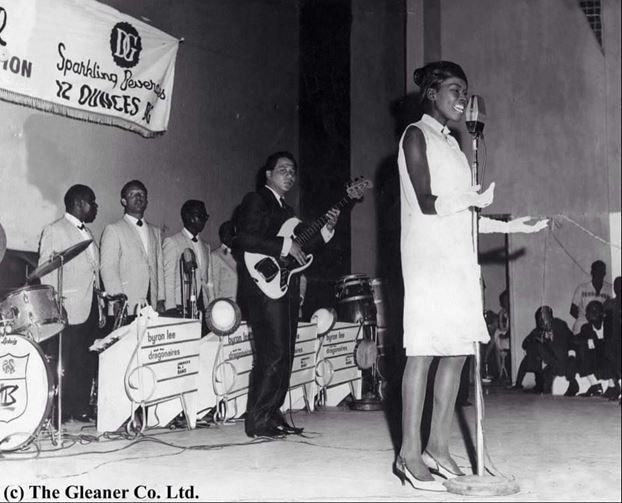 Popular bandleader Byron Lee, who needed a female vocalist, also took note of Ellis, and promptly signed her for a number of shows. She began touring extensively with Lee in the early 1960s and was an anticipated feature on his bandstand. Fellow songstress of the day, Yvonne Panton (formerly Harrison), who also toured with Lee, recalls Ellis, "During those times when touring with Byron Lee, people came out to hear Hortense...when she performed Patti Labelle's 'Down the Aisle' and she took that high note, every person that was sitting stand to their feet" (Personal communication with Panton). It was around this time, and unclear by whom, that Hortense was accorded the title of "First Lady of Song". A title that many say was richly deserved. 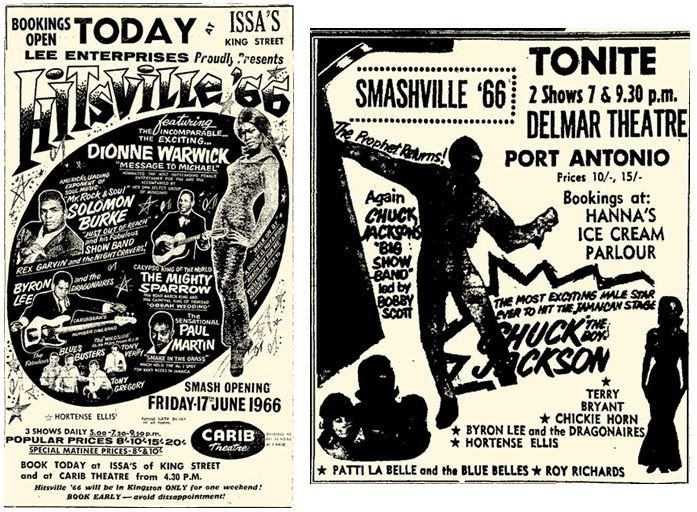 While with Lee, Ellis had the opportunity to rub shoulders with famous international stars. Lee was the head of Lee Enterprises, a promotion entity that brought popular American artistes to the island. On one of his shows, "Hitsville 66", Hortense joined a stellar lineup led by headliners Dionne Warwick and Solomon Burke. On another, "Smashville 66", she was billed with Chuck Jackson, and one of her main influences, Patti LaBelle and The Blue Belles. How thrilling this must have been for Hortense to share the same stage on which one of her idols would perform. But, that experience got even better. From his interview with Ellis which appeared in the Star newspaper in 1966, Paul Backshall wrote "when Patti heard her sing…she gave her considerable encouragement. But Solomon Burke was even more enthusiastic about Hortense's talent. He said that she only needed a little more experience to be a big hit. He advised her to go to the United States and 'try to make the big time.' (The Star September 1966). Ben E. King and Doris Troy are two other outstanding American performers with whom she has shared the stage. Her fine vocals were sought by other bands too. A few she performed with include the Mercuries, Trenton Spence, Sonny Bradshaw, the Vagabonds, and Tommy McCook and the Skatalites. Hortense was loving her career, the fans, and the accolades, but was disgruntled on how unfairly artistes, and women in particular, were treated in the business. Ellis stated "You can make a living here, but we are not treated fairly by some of the promoters. They don't want to pay us. We see a full house at a show and then they tell us that they didn't make enough at the gate to meet expenses…Maybe the government could do something for us, instead of letting us suffer under local promoters. What they are giving us now is not even taxi fare, We are being trampled". (The Star September 1966). Having come through the R&B and ska periods successfully, Hortense again adjusted with the advent of the next stage of the local music evolution. Rocksteady had emerged by 1967, and Ellis cut a few sides in this vein. Included among them were, "Why Birds Fly", an adaptation of brother Alton's hit "Wise Birds Follow Spring". There was "Groovy Kinda Love", "Breaking Up", and "Easy Squeeze", the latter two being duets with Alton.

Hortense left for a tour of Canada in 1970, and returned in 1971, to a warm welcome at the VIP Club. The music had by this time morphed again, reggae was now the rage. As she had done previously, Hortense pivoted. Although less active on the live scene, she remained busy in the studio in the 1970s. She recorded reggae sides for Lee "Scratch" Perry using her middle and married name. For Perry, Mahalia Saunders recorded several sides, such as "Suspicious Minds", "Piece Of My Heart" and "Right On the Tip Of My Tongue". Other producers she has recorded for in the 1970s and 80s include Winston Riley, Leslie Kong, Bunny Lee, the Hoo Kim brothers (Channel One), and Gussie Clarke, to name a few. For Clarke she recorded "Unexpected Places", which became another signature song. "Sitting in the Park" and "Secretly", for producer Clement Dodd, and "Woman of The Ghetto" for Clive Chin, also became staples in her repertoire. Hortense continued to perform on vintage artistes shows such as "Heineken Startime" and "Nostalgia by the Sea" in the 1990s. At one staging of "Heineken Startime" at the Countryside Club in 1999, Ellis delivered a confident rendition of Gloria Gaynor's "I Will Survive", how profound that song choice was too, as that is exactly what Ellis had done through 50 years of music, survive. She survived in an often unkind male dominated industry, in addition to constantly being in the shadow of a sibling, the great Alton Ellis. Hortense overcame these to carve out her own permanent space in Jamaica's rich musical history. Indeed, she did, she was Jamaica's "First Lady of Song". Hortense passed away from illness in October 2000. In May 2001, Hortense was acknowledged by the Jamaica Federation of Musicians at their yearly awards, for her contribution to Jamaican music.