A Life of Sweet Sorrow: A Reflection on the iconic trombonist, DON DRUMMOND

One of the extraordinary pillars of Jamaica's music history lies within the best trombonist in his time; He's a marvel to behold to this day, despite being a "troubled trombonist." The late Don Drummond's life and music continue to be quite the phenomenon. He was largely critical in the emergence and development of Jamaica's popular music. You'll recall our tribute to Sister Ignatius and her relationship with the Alpha Boys School; Well, Don was one such talented product of the Alpha Boys. 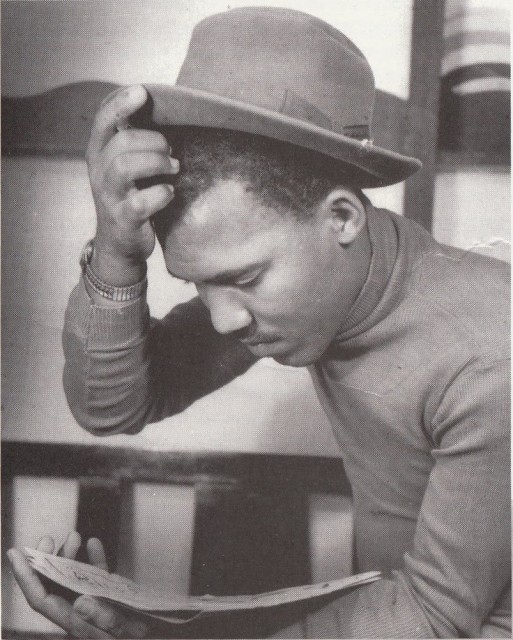 Born March 12, 1932 – Don's mother later brought him to the Alpha Boys School in 1943 after being unable to control his behavior. Two years later, he was placed in the music band, and taught the most awkward of instruments – the trombone. He was able to master the instrument in nearly no time because it's what he was born to play. It was an unparalleled gift. 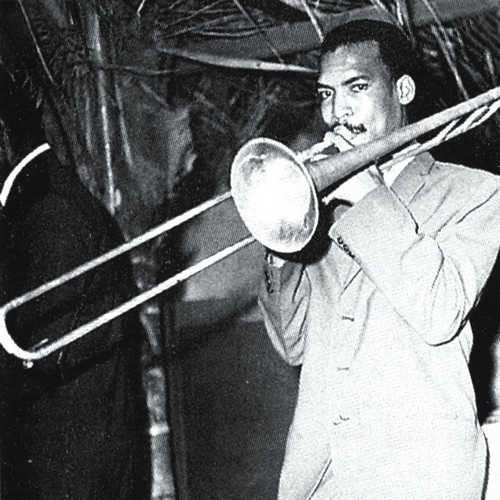 Don's musical talent could not be ignored while he was at Alpha. Upon Don's graduation from the institution in 1950, he was recommended to, and accepted by the famous Eric Deans All Stars band as their trombonist, where he performed jazz music. He also took turns with The Sonny Bradshaw and Kenny Williams orchestras. As the musical tastes of Jamaicans began evolving towards R&B, Don began performing Ska music. He soon joined fellow musicians Tommy McCook, Roland Alphonso, Johnny Moore, Jackie Mittoo, Lloyd Knibbs and others from the Alpha Boys, to form The Skatalites in 1964.

From then on, he too became a household name making ripples in the music industry with the Skatalites who were regarded as one of the most influential bands of the Ska era. Instrumental Ska recordings, mainly reconstructed from original jazz pieces, were their core forte, while others were their own compositions, with Don doing the bulk of the writing. 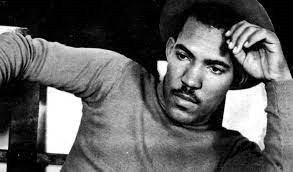 Despite Don's remarkable talent, he struggled greatly with his mental health to the extent that it required frequent stays at the Bellevue Mental Hospital.

Channeling his frustrations into music, which later accounted for the somber undercurrents of songs such as "Burning Torch" and "Green Island," Don was a taciturn and troubled soul, his tendency to withdraw within himself making him one of Jamaican music's true paradoxes.

His mental disorders worsened shortly after his last set of recordings with the Skatalites in 1964, and after this year things went downhill.

Prior to this, Jamaica's sound system proprietors had already begun recording local variants of rhythm and blues, initially for exclusive use on their sets, which kick-started the Jamaican music industry. The pressure was on.

Clement Coxsone Dodd described Don as world standard - a pleasure listening to solo with execution that was mild and not blaring. He said Don was very neat and a first-class soloist, so he subsequently signed him in 1961.

"That Man Is Back" was a swinging R&B tune that celebrated Don's return from Bellevue, and after featuring on Owen Gray's landmark pre-ska tune in the R&B vein, "On the Beach," signature tune "Don Cosmic" was a spectacular early result from the Dodd's partnership; The song was so heavily steeped in melancholy that the trombone almost seemed to be weeping with him; the conflicting blasts at its ending uncovered shades of torment. It was not long before Don was sent back to Bellevue, absenting him from the live scene until May 1962. 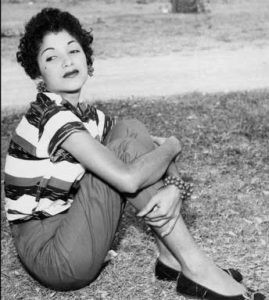 In the early 1960s, too - Don met Anita Mahfood, known professionally as "Margarita." Together, they made a powerful musical duo.

Anita was a stunning triple threat, being a famous Rhumba dancer, she also acted and sang - all while being deeply invested in the Rasta movement. Her incredible talent along with her defiant attitude led to her iconic status as a non-conformist who challenged societal expectations of women during the 1950s and 1960s - a time that was even more hell bent on setting a woman's role in society. Anita appreciated Don's unique creativity, which led to their attraction in the first place.

Anita had been romantically linked to other musicians, but none of those relationships were quite like hers and Don's. Their relationship was high-profile, especially at the time when Don was at the peak of his career with the Skatalites.

As high-profile as the relationship was - what the public didn't know was the horrific abuse Anita faced at the hands of Don. 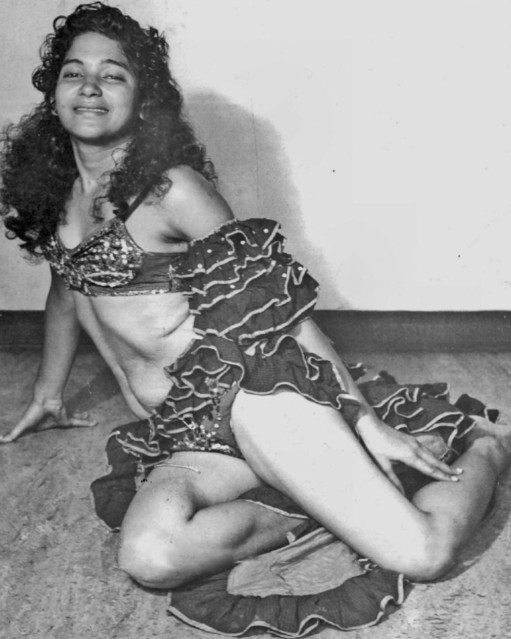 Don allegedly disapproved of Anita's dancing outfits that were too skimpy for his liking, and for Anita, this had no bearings on her as a woman who didn't conform to a box.

Allegedly, Anita gave Don the wrong medication after being freshly diagnosed with schizophrenia, causing him to miss an important New Year's Eve performance with his bandmates. This took a turn for the worst.

They were a doomed romance that later led to Don's undoing.

In 1965, Drummond killed his lover Anita in a fit of rage for the medication mix-up and tried to cover it up as a suicide. However, based on the stab wounds, it didn't hold any weight in court as the police knew he was the culprit as soon as they arrived at the horrific crime scene. Prior to this, Don had previously violently shoved Anita's hand into a trombone along with a string of other occasions of abuse. Don was reportedly never afraid to abuse Anita in front of friends and bandmates, so it came as no surprise for the police and those close to the couple.

The talented musician was ruled a criminal lunatic by the judge at his trial for Anita's murder, and was later transferred to Bellevue after a few days at the General Penitentiary. Don remained there until 1969, when the troubled musician allegedly took his own life at just 37.

There was a lot of confusion surrounding Don's cause of death. Official records stated "congestive heart failure" as Don's cause of death, however, some musical associates hinted at foul play. Drummer, Hugh Malcolm even disrupted Drummond's funeral to proclaim his death resulted from assault.

In any case, the murder case signaled the death of not just Anita but also The Skatalites. Don was reported as buried in an unmarked indigent's grave – described by some as the most dishonorable of ends for such an exceptionally talented musician.

Don was a musical genius, and that's undeniable. Despite the stays in Bellevue, he remained a leading light of Ska. Backed by The Skatalites, he recorded close to 2-hundred selections, while writing or improvising on a vast number of them. He left behind over 1-hundred improvised and original compositions. 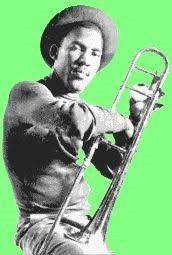 Don created some of the best musical arrangements in Jamaica's popular music that we know and love today. This includes "Eastern Standard Time," "Music Is My Occupation," "Schooling The Duke," "Reload" and "Looking Through the Window."

Some of Don's most popular recordings with The Skatalites include "Man in The Street," and "Addis Ababa."

Don's solo in "Carry Go, Bring Come," truly left a standard that if you wanted it to sound good, you'd better play note for note, or else; and that was an original.

On top of all that, Don was also part of the musical arrangement of "Simmer Down," where he is heard in the intro of the initial Wailers outing that made such a histrionic impact. It was a song by the Wailers that decried the actions of the Rude Boys, and the group's first hit.

In 2013, the National Dance Theatre Company launched the ballet Malungu, in tribute to Don Drummond; And in February 2019, the Jamaican Government finally recognized Don Drummond's contribution to the country's music.

Don received an Icon Award during the Reggae Gold Awards at the National Indoor Sports Centre in Kingston.

Don was one of the most important architects of Ska, a genre which helped to lay the foundation for Reggae and Dancehall. He was truly a flame that had so much more to contribute; So mercurial yet so majestic.

Reggae as we know it would simply not have been the same without his contributions.

As the sub-title of Heather Augustyn's biography suggests, Don Drummond bore genius and tragedy in equal measure, which perhaps accounts for the unique character of the music he left behind.

It is without doubt and hesitation - the charismatic composer and trombonist is among the finest musicians Jamaica has ever produced.